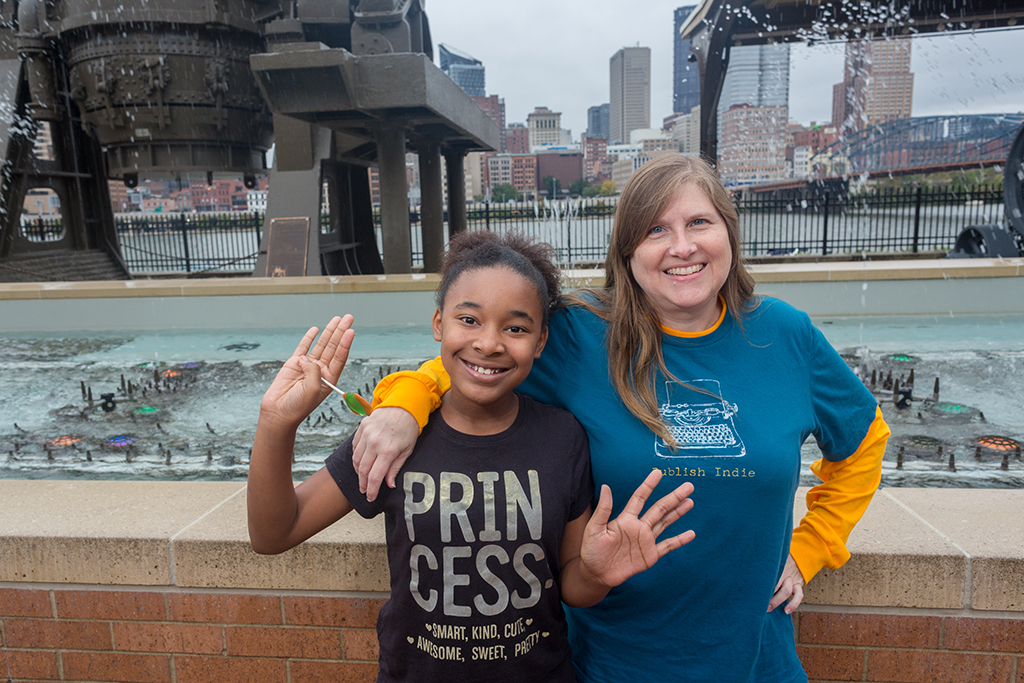 A mentoring program created by the nonprofit Amachi links kids whose parents are incarcerated with mentors often found through faith-based organizations. Here a mentor and mentee at Amachi Pittsburgh, a branch of Amachi, spend time together. Amachi Pittsburgh
Share
Tweet
Share
Share
Email

Goode said out-of-school providers need to partner with strong institutions in the community.

When neighborhoods decline into poverty, they lose many community resources, but  “most communities with kids in need have two major institutions that remain — congregations and schools,” said Goode, who is also former mayor of Philadelphia and deputy assistant secretary of education under the Clinton Administration.

And congregations can help, he told attendees of the Beyond School Hours conference in Atlanta last month, where he led a session on partnering with faith-based organizations.

Faith-based groups can do a variety of things to meet the needs of young people, Goode said, but after-school providers should approach them the right way and must understand federal guidelines. W. Wilson Goode Sr., (above) former mayor of Philadelphia, created Amachi. It was based on the ideas of John DiIulio, now Frederic Fox Leadership Professor of Politics, Religion and Civil Society, and Professor of Political Science at the University of Pennsylvania.

Faith-based organizations may be able to mentor children in an existing out-of-school program, Goode said. They may set up an after-school program in their building. Some can arrange for youth to use their recreational facilities or they can provide an after-school study hall. Some have run breakfast programs. Others have provided clubs, choirs, drill teams, service learning or tutoring, he said.

For example, Goode said, more than a decade ago, the Tenth Memorial Baptist Church in Philadelphia arranged for members to stand on street corners to provide safety as children walked to and from the nearby Vaux Middle School.

“It’s important that the approach to congregations is not ‘can you help me’ but ‘can you partner with me,’” he said. “You have to develop a relationship with them.”

It’s also important to bring research on community demographics and the needs of the community’s children, he said.

Public schools and nonprofits that receive federal funds must follow specific guidelines to preserve their neutrality with regard to religion.

Some general principles are spelled out in Public Schools and Religious Communities: A First Amendment Guide, published jointly by the American Jewish Congress, the Christian Legal Society and the First Amendment Center at Vanderbilt University.

Any public school that has cooperative activities such as after-school programs with a faith-organization must be wholly secular, according to the guide.

Mavis Sanders, affiliate professor at the University of Maryland, also spells out these guidelines in her 2015 book Building School-Community Partnerships: Collaboration for Student Success:

Sanders also wrote that because faith organizations are inter-generational, they can often provide kids with warm and supportive relationships At Amachi, mentors are recruited though partnerships with faith-based and other community organizations. The organization recommends a clear written agreement between youth organizations and faith-based ones that spells out the role of each party.

For a collaboration to be successful, the after-school provider and the congregation must have a clear and shared vision, according to Sanders.

Goode said both organizations must be clear on the role each will play, and this must be detailed in a written agreement.

Safety of the children is paramount, he said, and a screening process for any volunteer in any setting is vital.

A process for measuring outcomes must be set up, since the purpose of the partnership is to improve outcomes, he said.

Researchers have found that involvement in formal religion had a positive outcome in educational attainment, particularly among African Americans, according to Sanders.

GO TO THE OST HUB for more resources on community partnerships

At Big Thought, Gigi Antoni Has Taken a Big-Picture Approach to Out-of-school Learning