Lincolnton, the county seat of Lincoln County, which has the highest rate of firearm fatalities in Georgia.

Paul Reviere is sheriff of Lincoln County, a rural area with just under 8,000 people two hours east of Atlanta. In addition to maintaining safety, he gives what he calls “50-cent tours” to out-of-towners, showing off downtown Lincolnton. And there are lots of out-of-towners — people come to enjoy the nearby state park, the Savannah River and the 160 historic buildings.

But Lincoln County is distinctive for something beyond these charms. It has the highest rate of firearm fatalities in Georgia.

From 2013 to 2017, the county had a rate of 31 fatalities per 100,000 people, according to data from the Centers for Disease Control and Prevention. (The statistic is calculated by taking the total number of fatalities for all four years, adding up the population for each year, dividing the four-year population total by the four-year fatality total, and multiplying by 100,000.)

Lincoln County isn’t unique in Georgia for its high rate of firearm fatalities, a measure that includes suicides, homicides and unintentional deaths. Most of Georgia’s counties with the highest such rates are rural.

The increase in gun suicides across the nation has mostly happened outside cities, said Charles Branas, chair of the epidemiology department at Columbia University’s Mailman School of Public Health. One possible factor: Gun ownership is higher in rural areas than urban ones, with nearly six in 10 rural Americans having a gun in the house, according to the Pew Research Center.

Georgia’s firearm death rate is 15.4 per 100,000 people, compared to 12 for the entire nation. So what is driving the state’s numbers, especially in more rural counties?

In Lincoln County half of firearm fatalities in 2012 to 2016 were due to suicide, according to the Georgia Department of Public Health. (Data compiled for 2013 to 2017 was not available by time of publication.)

“It’s not something that everyone can afford,” he said. “Sometimes, you can at least point them in that direction.”

On the positive side, he said being a more rural area has the potential to make it easier for people to check on one another.

“Being in a small community like we are … we know everybody pretty much, and they know who to reach out to,” Reviere said. “It’s just a close-knit community that is really supportive, and particularly supportive of young people. … You know what the problem is, whether we’re supposed to know about it or not. And we all tend to try to do what we can to either alleviate the problem or allow coping with the problem.”

Reviere, who has also been pastor in the same church for 43 years, finds that dropping by to say hello can lead to a longer conversation with people who need to talk: “It’s usually just through making yourself available. A lot of times, they just need an extra set of ears for them to vent.”

Union County, nestled among North Georgia’s Blue Ridge Mountains about 100 miles north of Atlanta, ties for the third-highest firearm fatalities rate in Georgia at 26 per 100,000 people. Almost 80 percent of gun deaths are due to suicide, according to the 2012 to 2016 data. Many of those people are from out of town, usually metro Atlanta, Detective Sgt. Marc Pilote of the county sheriff’s office said. People seem to like the mountains as a place to die by suicide, he said.

For local residents, the sheriff’s office is in a better position to reach out than those from elsewhere.

“The biggest sign is of course somebody talking about it, which of course relies heavily on family. The family has to be the one to reach out” to us, Pilote said.

Once family members report someone having suicidal thoughts, members of the sheriff’s office go to the person’s home to talk and to ask them to turn over their firearms. People rarely do so, Pilote said.

“This is a very rural area, so we’ve got a lot of hunters,” he said. “… Most of these people are more inclined to give up firearms to a family member versus giving them to us. We see that as acceptable as long as the family member is willing to do their part and hold them until they are better or they do seek treatment.”

‘System seems to fail us’

If the person chooses to go to the hospital, a videoconference with a doctor specializing in mental health is arranged because Union County doesn’t have one, Pilote said. Medical staff ask about access to weapons such as guns.

So far in 2019, two people there have died by suicide in Union County, he said.

“The state of Georgia has a very, very poor mental health system,” said Blairsville Police Chief Michael Baxter. Blairsville is in Union County. “We take somebody over here who has suicidal thoughts and next thing you know, the most they’re going to get is two or three days in some facility and they’re back out. And it happens all the time. So the system seems to fail us.”

Georgia does have a shortage of child and adolescent psychiatrists, according to advocacy organization Voices for Georgia’s Children. Fewer than 48 percent of counties in the state had a licensed psychologist in 2015, the group said in 2018.

“There is a connection between drug abuse and suicide,” said Lanier Keene, Wilcox County commission chairman. “A person gets to such a state in their addiction that I guess they give up all hope.”

Wilcox, where many people know each other, has school counselors for youth who may be affected by other’s suicides, Keene said.

“It’s devastating to the kids. …” he said. “When you know this person and … when something like this happens, it’s hard to deal with.”

Wilcox County Sheriff Robert Rogers was not available for an interview after multiple phone calls to his office. 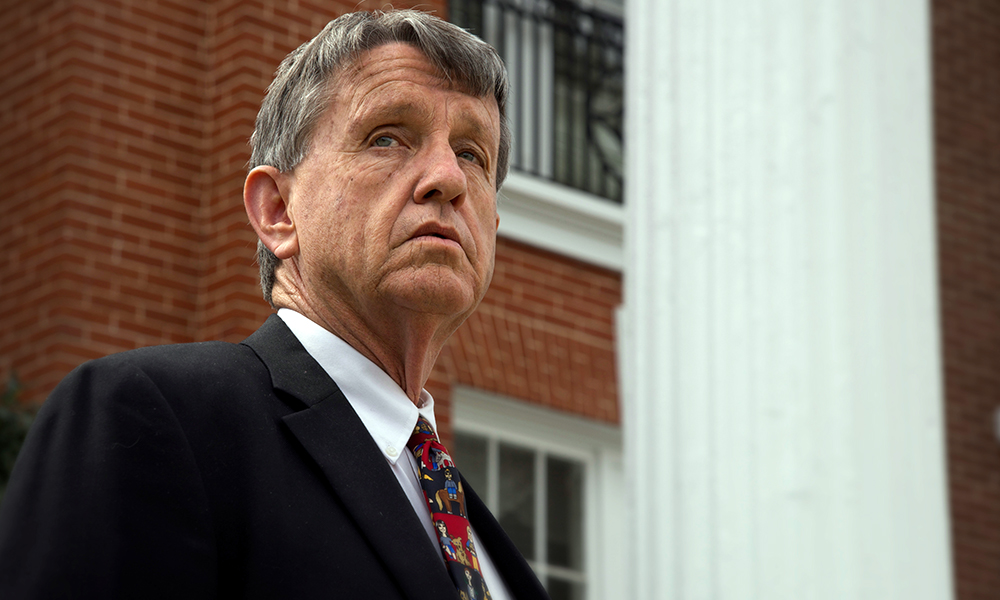 Lincoln County Sheriff Paul Reviere says being in a rural area makes it easier for people to check on one another.

Suicides in general and suicides by firearm are on the rise in rural areas around the country, said Branas of Columbia University, who has researched the geography and factors behind gun violence.

That trend has not changed since he published a 2004 paper on urban-rural shifts in intentional firearm death, he said. “We still need to respect the gun culture that’s been going on for centuries in these rural areas. But as part of that positive gun culture, there’s a negative aspect of that gun culture, and that is the ready availability of firearms everywhere, so that if you have someone who’s contemplating suicide and if in an impulsive moment where there’s an opportunity to prevent that suicide, they have firearms much more available to them.”

Suicide rates among teenagers are about 50 percent higher in rural areas than in urban ones, said Julie Gaither, an instructor in pediatrics at Yale School of Medicine and an author of a 2017 study on pediatric firearm injuries.

Suicide has contributed to the nation’s lowering life expectancy, which declined in 2017 for the third year in a row, Branas said.

“That’s partly because of opioid deaths in the U.S., but what folks don’t understand is that a close second to that is suicide deaths in the U.S. And that death rate is being driven by gun suicide,” Branas said.

In the rural and semirural communities where Branas has worked, youth gun suicide tends to be tied to relationship and rejection issues and is more male than female, he said.

Some firearm deaths and injuries are accidental, especially in more rural communities.

Union has an accidental firearm injury every so often, Police Chief Baxter said. “When you have people shooting guns, you’re going to have accidents,” he said.

“Generally, firearm ownership is the strongest predictor of child firearm mortality and firearm mortality in general,” said Carmen Gutierrez, assistant professor of public policy at the University of North Carolina at Chapel Hill, who was co-author of a 2017 study on childhood firearm injuries.

Nationally, the rate of firearm deaths among children under 18 years old stayed steady from 2006 to 2016, according to the CDC. (There has since been a 13.6 percent increase in 2017 over the previous year.)

Families who used to own hunting rifles have now switched more to handguns, she said.

“A lot of people in surveys report that buying a handgun, their motivation is for keeping their family safe against outsiders or threats and in reality, the opposite becomes true,” Gutierrez said. “Lots of times, folks with handguns report storing it at their bedside table, often loaded. Those are very accessible to very young children and so a lot of times, these deaths among the 1- to 4-year-olds, as you might imagine, occur accidentally.”

How to address firearm fatalities and injuries? Education, outreach and safe gun storage.

“Given the greater availability of weapons in rural areas, it’s really important to address the availability of lethal weapons during times of crisis,” Gutierrez said. “If someone in a rural area is dealing with mental health issues and they also happen to have access to a firearm, that definitely would be a disastrous situation.”

“This is something that can harm you, just like a child can be exposed to a prescription drug or an illicit drug,” she said. “Just think of it as something on the safety checklist to go over with families.”

Though not having a gun is the most effective action for people to take, Gutierrez said parents and others who have firearms in the home should follow a few principles: Lock the gun in a safe or cabinet, remove the ammunition and lock that in a separate location. Even if a family doesn’t have guns in the home, have these conversations with people who watch over children.

Safes with personalized recognition technology that only lets in the gun owner are promising, Branas said.

But lowering firearm injuries and deaths goes beyond safe storage and providing mental health services. There are opportunities for hospitals and clinics to identify people at risk who walk through their doors and may be talking about suicide, Branas said. There is also discussion of having people go to others’ homes for regular checks just to say hello. (The U.K. is using postal workers to do this.)

Taking time to talk with people, as Lincoln County’s Reviere does, is important.

“You can’t wait for people always to come to you,” Branas said. “So simply putting more mental health providers in a region in hospitals or in clinics, it would certainly be helpful. There’s no doubt about it. But you need to have outreach and a connection to determine who is in greatest need.”