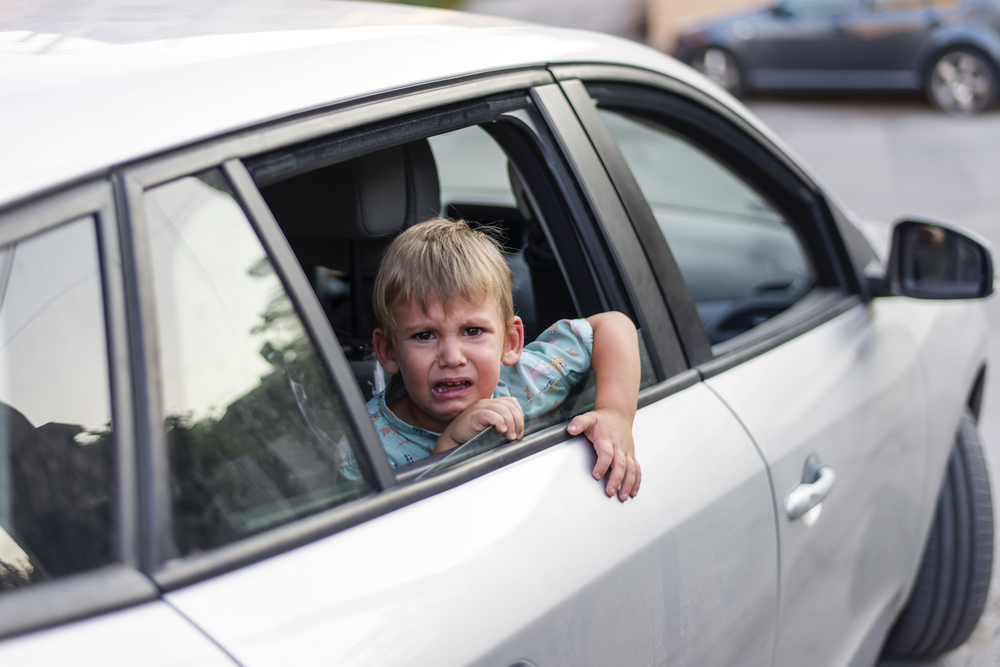 Responding to revelations by Tampa, Florida television station WFLA-TV, revelations that included foster children forced to spend their days, and sometimes nights, literally parked in cars in a convenience store parking lot, the head of the Florida Department of Children and Families, Mike Carroll, sprang into action! Just kidding — he did what buck-passing “leaders” always do in such situations: He named a committee to study the matter.

Specifically, he named a “peer review team.” As the name suggests, the group was made up of people who are or were themselves key players in running various aspects of child welfare — in other words, a group likely to identify less with the victims of the mess than the perpetrators.

But even this highly sympathetic jury of system peers couldn’t look away. Their report indicts just about everyone involved in the child welfare system in Hillsborough County (metropolitan Tampa), Florida. By extension, it’s also an indictment of the state’s two most prestigious newspapers, the Miami Herald and the Tampa Bay Times, since their shoddy journalism set off the foster-care panic at the root of the problems and has kept that panic going.

The peer review found that workers in Hillsborough County are so terrified of having one of their cases land them on the front page after a tragedy that they are illegally taking large numbers of children needlessly. According to the report:
Professionals in the system of care are often unnecessarily risk adverse due to the fear of child fatalities and media consequences. … [E]xtreme caution and risk aversion responses do not guarantee that tragic results will be avoided, and can cause unnecessary trauma to children.
Indeed, as WFLA documented in this tragic case, it can cause a child to die in foster care after being taken from a mother just because that mother is poor.

What “risk averse” really means is that child welfare investigators, supervisors and officials are increasing the risk to children in order to decrease the risk to themselves.

The report found that investigators in Hillsborough County rush to remove children “without sufficient exploration, consideration, or conversation around reasonable efforts to prevent removal …”

The report notes that violates state and federal law. Yes, such illegal behavior is routine across the country — what is unusual is when it gets so flagrant that a child welfare system’s “peers” can’t look the other way.

The bias extends to extended families. The report found a disturbing “lack of effort” to place children with relatives even though kinship care is the least harmful form of foster care.

This is not the first official confirmation of needless removal of children in Hillsborough County. In December, 2017, a representative of the Florida Attorney General admitted that, as WFLA put it, some children in the county “are separated from their parents due to poverty and nothing else.”

According to the peer review team, here’s how bad it’s gotten:

What is life like for these children? According to the report:
“They move from place to place each night and are often uncertain where they will spend the night until late afternoon or early evening. They may be transported for hours to reach overnight placements on the other side of the county or in a different county. Often foster parents want them dropped off at 9 PM or later and picked up at 6:00 am or 7:00 am the next morning to minimize their interaction with other children in the home. These youth often fail to get enough rest. They don’t have access to nutritious or home-cooked food, or to basic supplies for hygiene and showers. They are often unable to launder their clothes and many times their belongings are lost as they move from place to place.”

The fear at the root of it all

As stunning as the findings is the candor with which the peer review team zeroed in on the real problem: the fear caused by misleading journalism from the state’s two most prominent newspapers.

About a decade ago, Florida had been making impressive progress transforming what had been among the worst child welfare systems in the country. Needless removal of children had been curbed and independent evaluations found child safety improved.

Then the Miami Herald decided to scapegoat efforts to keep families together for deaths of children “known-to-the-system.” That effort began in 2011. My organization set up a website to respond. Those efforts reached a fever pitch with the publication of a series called “Innocents Lost” in 2014.

As we noted in our full rebuttal to “Innocents Lost,” the Herald distorted data, took information out of context, got time frames wrong and systematically left out facts that contradicted the reporters’ point of view.

The stories had the intended effect. The number of children torn from their homes soared. That led to one tragedy after another. And, of course, children “known to the system” kept right on dying. The only people who benefitted from “Innocents Lost” were the reporters and editors at the Herald.

Then the Tampa Bay Times joined in, with editorials demanding that more children be taken away. So it’s no wonder the peer review report found that everyone in Hillsborough County child welfare is scared of “media consequences.”

As the horrors caused by the foster care panic became more apparent in Hillsborough County, the Tampa Bay Times showed little interest in the suffering it caused. It was only the reporting of WFLA-TV that brought the crisis to light, and forced the state to name the peer review team.

As WFLA led, the Times usually would follow with a weaker version of the story the next day. And when the peer review team issued its report, the Times story left out entirely the findings about widespread needless removal of children, the violation of state and federal laws and workers’ fear of “media consequences.”

As for the DCF Secretary, Mike Carroll, he has responded to the peer review team report with decisive action! Nope, just kidding again. He’s demanding a “corrective action plan” from the private agency that’s sort of in charge of child welfare in the region, Eckerd Connects. (I say “sort of” because one of the other report findings is that no one is really in charge of child welfare in Hillsborough County.)

So allow me to save everyone a lot of time and paperwork. Here’s the corrective action plan: Stop letting two newspapers effectively run child welfare in Florida. Because they’re running it into the ground.